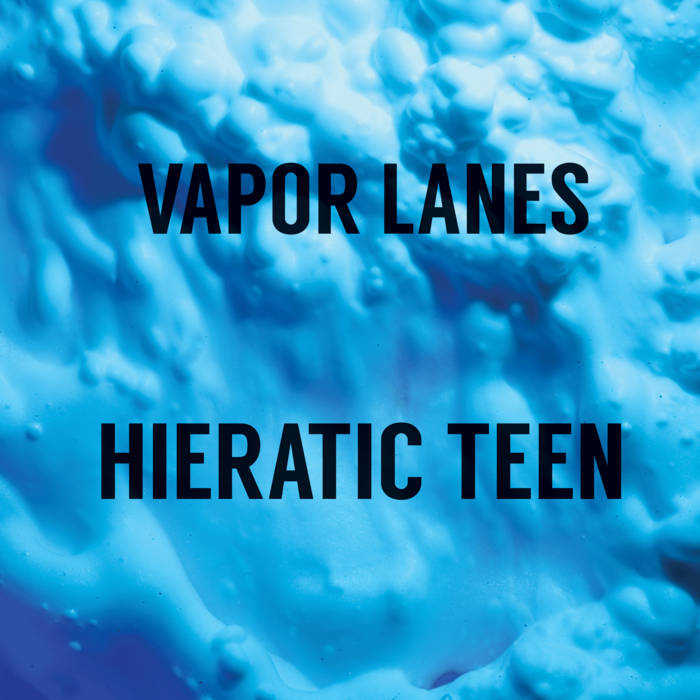 To our ears, "Hieratic Teen" sounds something like the record you'd get if you locked someone in a boiler room for 10 years with only My Bloody Valentine's "Loveless" to listen to, then let them out, gave them an assortment of synthesizers, and told them to score "Logan's Run". But far from being a purely aesthetic exercise, within the fuzzy, sonic beauty of the record's half-broken, warbling synth melodies, distortions, hissing, and undulating, analog depths; an unmistakable human feeling is being communicated. And it keeps pulling us back in.

[Vapor Lanes is A. Karuna. Originally from Chicago, he now calls Oakland home. Though a trained percussionist, he ultimately became drawn towards drones and other beat-less experiments; perhaps a byproduct of the religious drones he heard in Hindu temples growing up. In his solo work Karuna's formal background resurfaces in a preoccupation with phantom rhythms and unexpected patterns emerging from chaos. His music aspires to equal parts wordless terror and nameless ecstasy, teasing imperfection out of any electronics he can get his hands on—analog, digital, modular or software. After years of holding down drumming and electronics duties in a 9-piece post-rock band and other collaborative projects, Karuna now lives his musical life as a hermit. In addition to his own musical pursuits, he also co-runs Vaporcake, a netlabel focused on bringing extremely limited releases to a digital world where endless supply is the norm.]

Bandcamp Daily  your guide to the world of Bandcamp